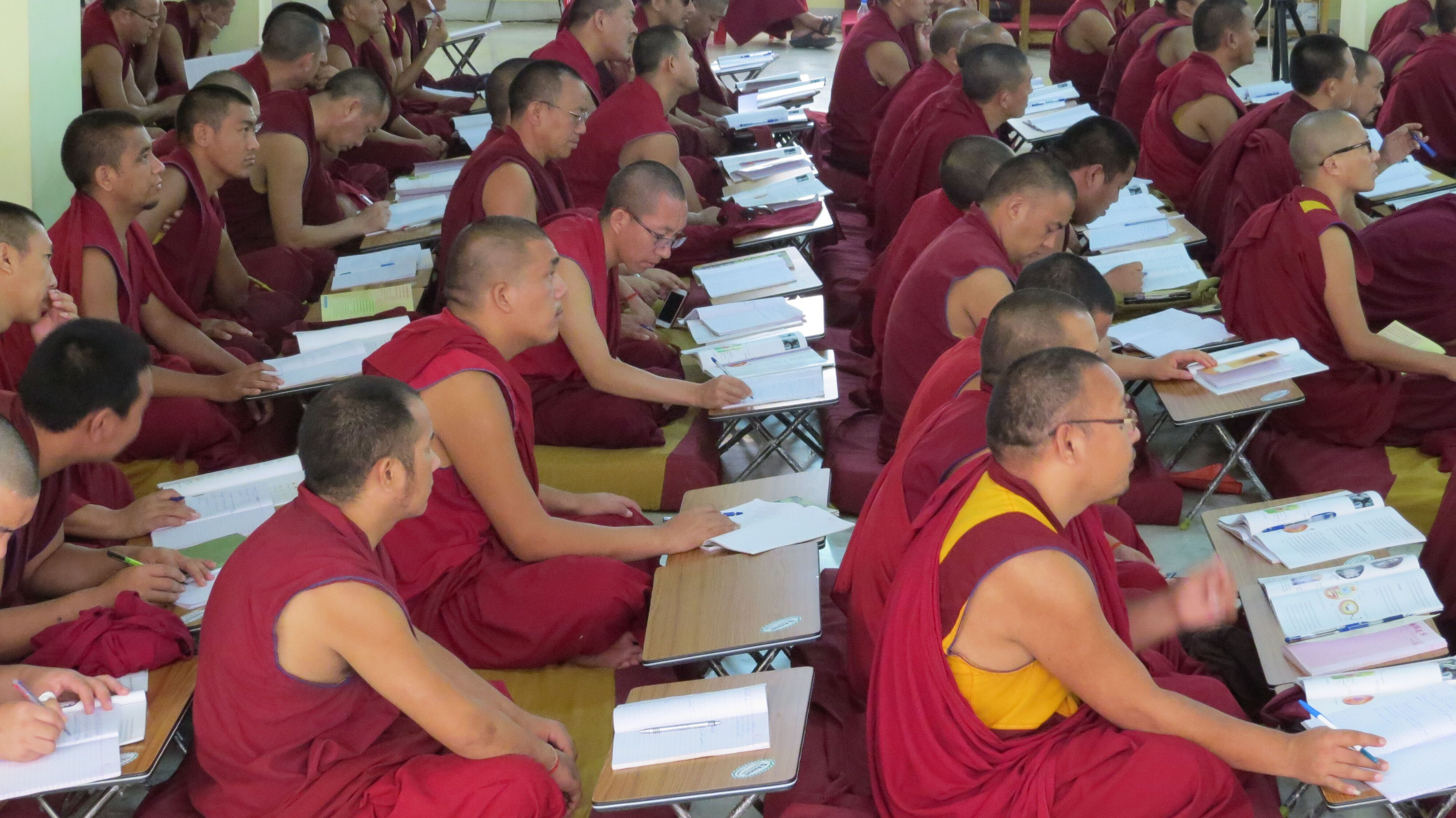 A GENUINE INTERCHANGE OF IDEAS

Summer 2014 marked the beginning of ETSI’s implementation phase. That summer, ETSI commenced introducing the six-year curriculum in philosophy of science, physics, neuroscience, and biology developed during the pilot phase and subsequently modified at three major Tibetan monastic universities: Gaden, Sera, and Drepung monasteries located in southern India. Comprised of summer intensives, year-round study, the development of distance-learning materials and tools, and further curriculum refinement, the implementation phase successfully established science education as part of the core curriculum of the partnering monasteries. The number of students in the program grew from 345 in 2014 to 1496 in 2019—roughly equivalent in population size to a small liberal arts college, with the challenges to match, such as the recruitment of faculty to fill the 114 teaching positions needed in 2019.

In 2017, in collaboration with the Library of Tibetan Works & Archives and the Department of Religion and Culture of Central Tibetan Administration, ETSI launched its implementation phase program for the Tibetan Buddhist nuns. Forty-one nuns from five nunneries have joined this summer intensive program which completed its third year in 2019.

The first major book stemming from the collaborative work generated by ETSI was published during this time as well.  Co-written by Dr. Arri Eisen, ETSI Biology team faculty leader, and Yungdrung Konchok, a Nepali Bon monk who studied at Emory University as a Tenzin Gyatso Science Scholar, it is titled, “The Enlightened Gene: Biology, Buddhism, and the Convergence that Helps Explain the World.” Additionally, seven abstracts were published at international conferences, including the 44th Annual Conference of the Society for Neuroscience and the 37th Annual Conference of the Cognitive Science Society.