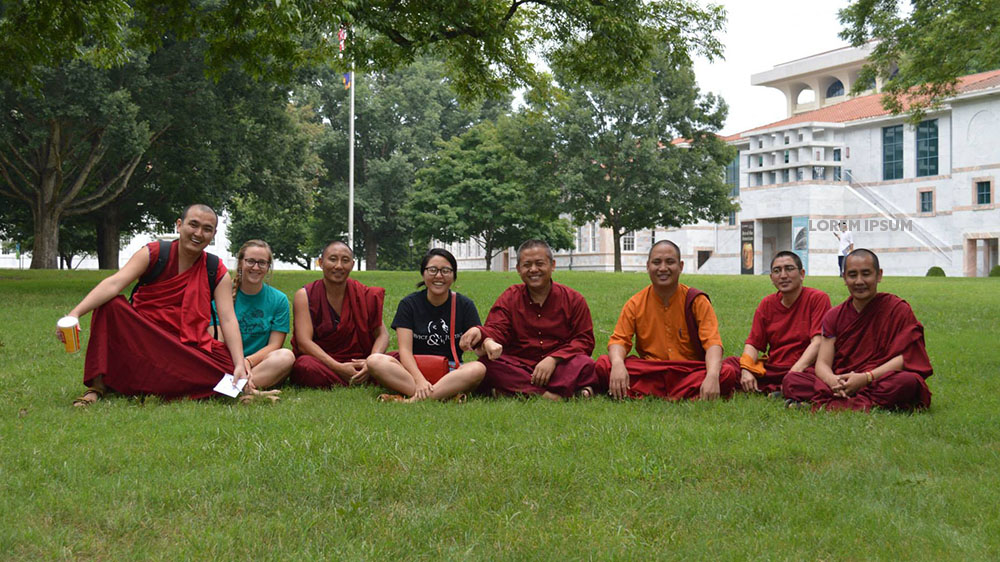 The Tenzin Gyatso Science Scholars Program is a remarkable endeavor designed to develop and nurture indigenous Tibetan monastic science teachers by providing additional college level science education at Emory University in Atlanta, Georgia. The purpose of this program is to ensure the long-term sustainability of science education within Tibetan monasteries and nunneries in India. As such, the Tenzin Gyatso Scholars program is one of the core components of the Emory-Tibet Science Initiative (ETSI). This program, named after His Holiness the Dalai Lama, is made possible by significant support from the Dalai Lama Foundation and Emory University.

The scholars are primarily selected from Tibetan monastic institutions participating in the ETSI science education program, and represent all the major Tibetan Buddhist schools, including Tibet’s indigenous Bon religion. Since the inception of the program in 2010, four cohorts of 24 scholars had completed the program, and the fifth is currently enrolled in its third semester at Emory University, graduating from their 2-year residency program in May 2021.

Upon the completion of their residency program, the monastics return to their institutions to take up active and leading roles in the science education programs—teaching science classes, serving as liaisons between Emory and their home institutions, coordinating logistics for the ETSI’s Summer Intensives, and engaging as translators and teaching assistants to the Emory faculty members in summer. In addition, the scholars participate in Buddhism and science dialogues and seminars, collaborate on research projects with scientists, and give presentations on various scientific topics.

In 2017, in collaboration with the Department of Religion, CTA Dharamsala and the Library of Tibetan Works and Archives, ETSI initiated the 6-year science program for nuns from five major nunneries in India. Two nuns from this program were selected as part of the fourth cohort of Tenzin Gyatso Science Scholars and they successfully completed the residency program. Both served as translators for the ETSI 2019 Summer Program for nuns held at Drepung Loseling Monastery. We are looking forward to having more nun representatives in future Tenzin Gyatso Science Scholars Programs.