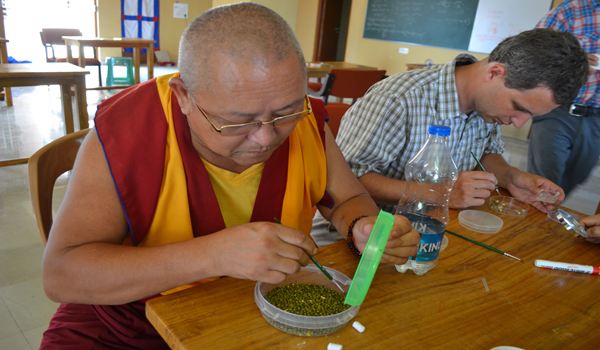 BRIDGING THE BEST OF TWO TRADITIONS

The Emory-Tibet Science Initiative is a landmark undertaking promoting the convergence of science and spirituality. An educational program specifically designed to teach modern science to Tibetan monastics, ETSI began when His Holiness the Dalai Lama invited Emory University to collaborate with the Library of Tibetan Works and Archives. The idea to create and implement a comprehensive modern science curriculum for use in monastic institutions in India was met with an enthusiastic response from many members of Emory's science faculty. And since its inception in 2006, ETSI has been supported by the Emory University administration including Emory President, Vice President, past Dean of the College of Arts and Sciences, Robert Paul, and current Dean of the College, Michael Elliott.

Enjoy some imagery of ETSI in action!

Panel Discussion on Physics and Philosophy of Science at Drepung Monastery, Dec. 14, 2019

Panel Discussion on Biology and Neuroscience at Drepung Monastery, Dec. 15, 2019