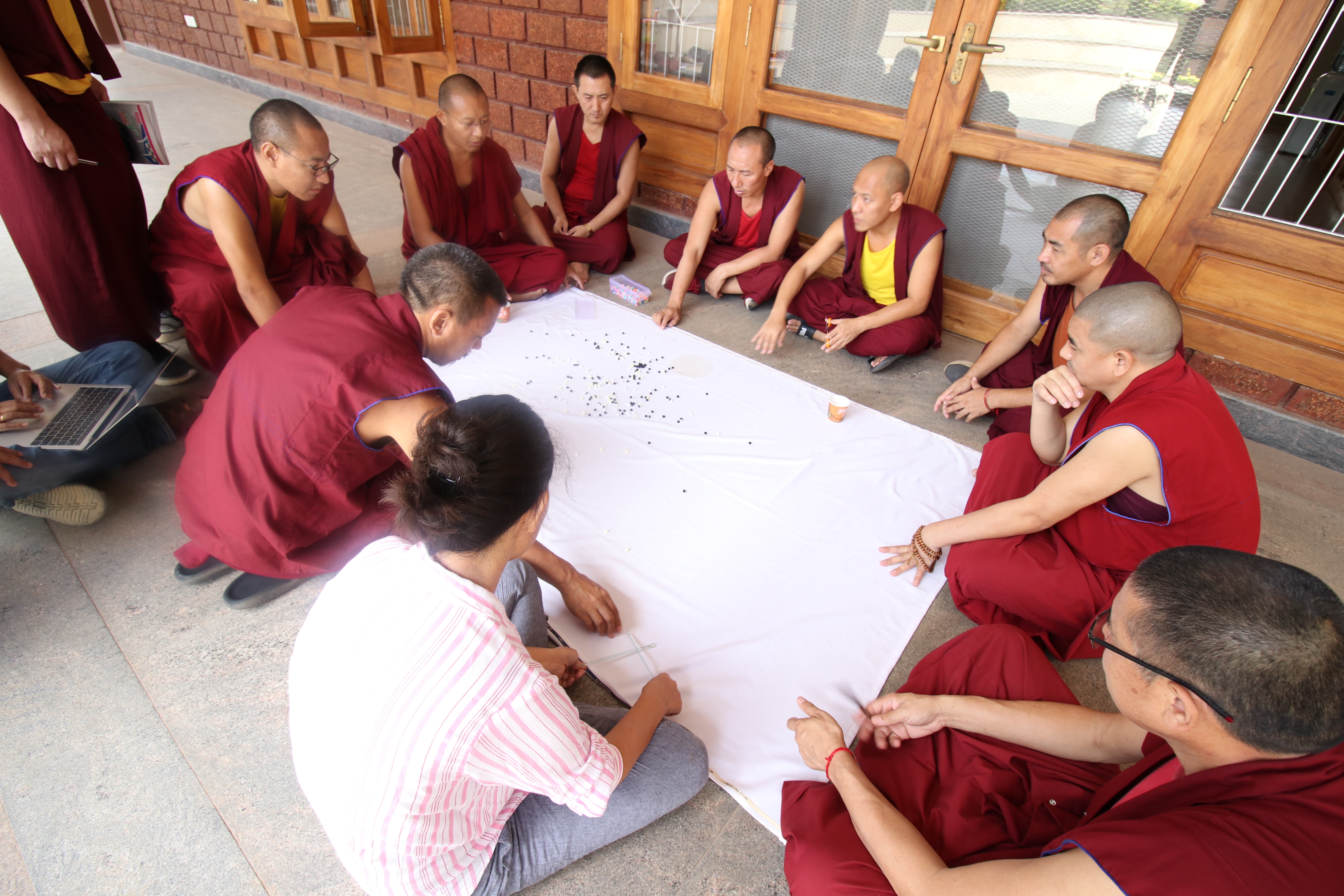 Participants are engaging in the group activity during the morning on-site session.

If reincarnation existed and there were children who could remember their past lives, what is the memory of a previous life supervenient upon? Is there an underlying structure that carries such memories from one life to the other? What underlying process or system supports the consciousness of someone in a thukdam state—a meditative state that advanced practitioners enter after being declared clinically dead? These are some of the questions discussed in the philosophy of science sessions of ETSI's recently completed summer intensive programs.

ETSI's summer intensive programs—a set of courses on the philosophy of science, physics, biology, and neuroscience and more recently added pedagogy of science—have been offered to the monastic students in various forms since the summer of 2008. It was the year the ETSI piloted its science education program for the monastics in India. Since then, ETSI has designed, developed, and implemented a six-year science curriculum that three of the largest Tibetan monastic academic centers have adopted. ETSI is also developing a three-year program to make science education sustainable in monastic communities.

This summer, thirty plus faculty from twenty-one different academic institutions, mainly based in the US, taught in the ETSI summer programs that were held in a hybrid format after a gap of two years forced by the pandemic. Forty-eight monks and forty-two nuns from thirteen monastic institutions took part in the ETSI's summer intensive programs consisting of the year one Summer Pedagogy Program (from May 6th to June 15th) and the year four Nuns' Implementation Phase Program (from May 9th to June 11th). In total, 113 virtual and 69 on-site sessions were offered, each lasting ninety minutes.

Designed to introduce scientific concepts and practices to monastic students and scholars, the ETSI summer intensive programs have created opportunities for Tibetan monastics to learn, reflect and synthesize ideas from a different culture. This summer, the faculty, and students also engaged in topics as diverse as abduction and supervenience to circadian rhythms and physiological mechanisms of sleep and waking. The rich and fruitful exchanges amongst the students, and between the students and the faculty, not only during the philosophy sessions but also during the pedagogy, physics, biology, and neuroscience sessions, have inspired so much learning, new insights, doubts, and novel perspectives and possibilities thus contributing to the ETSI's vision of creating new knowledge for the betterment of humanity.