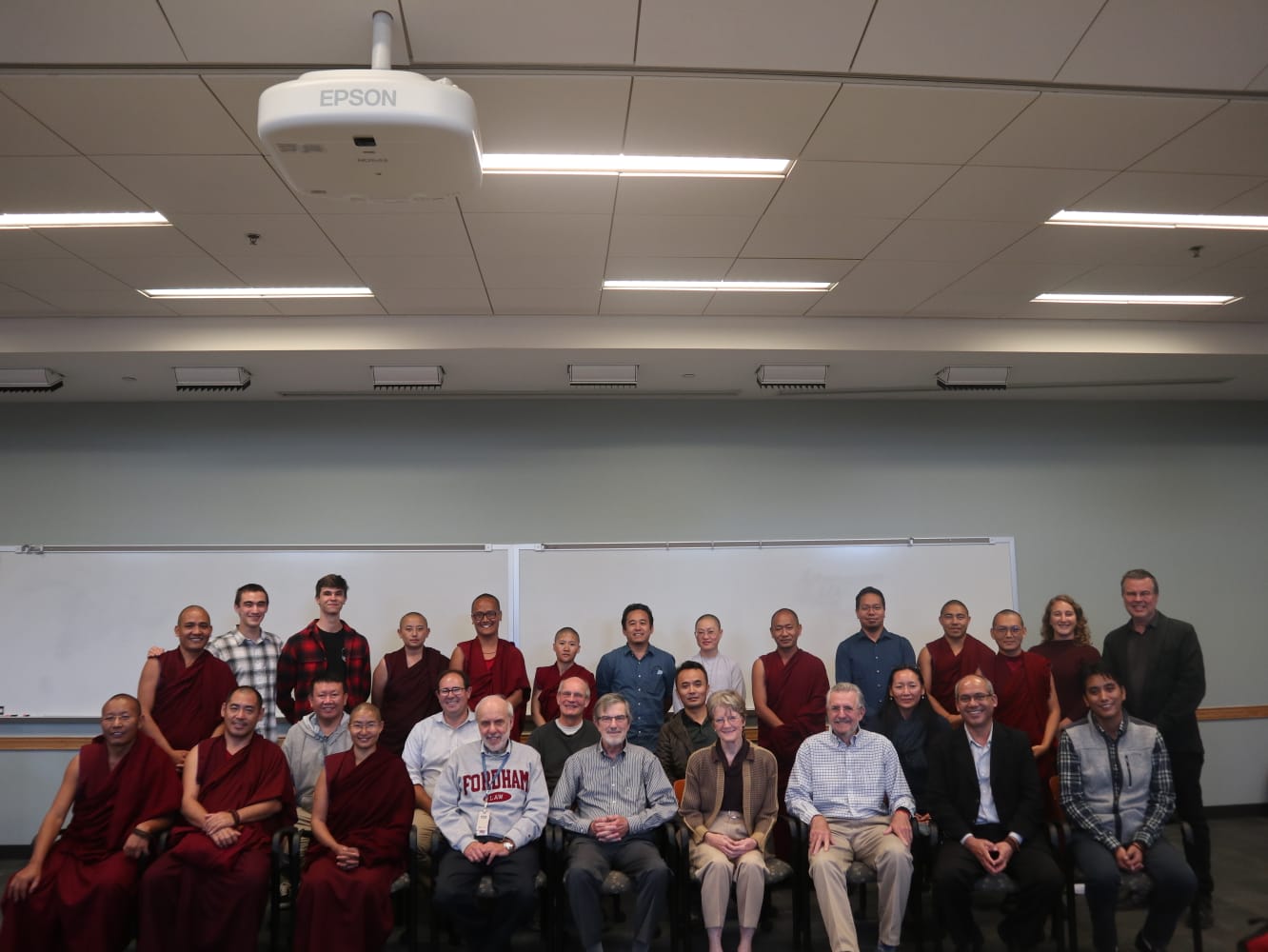 The visiting scholars with the ETSI team

Last week, Emory University hosted its annual 21st Tibet Week at the Michael C. Carlos Museum. Tibet Week is a significant event of the Center for Contemplative Science and Compassion-Based Ethics, formerly known as the Emory-Tibet Partnership, held annually to celebrate the partnership formed between Emory University and the Tibetan world. Aside from sharing various aspects of Tibetan culture, Tibet Week highlights the undertakings of the Center, in particular, that of the Emory-Tibet Science Initiative (ETSI), and the positive impacts they are having on the world community. With “Healing the Divide” as the theme of the week, the events—including the creation of the sand Mandala of Buddha Akshobhya (meaning unshakable), screening of the Great 14th, and the panel on advancing a global culture of compassion—focused on fostering reconciliation and promoting harmony in our community and the larger world.

The ETSI hosted five guests from Northwestern University—three former Tenzin Gyatso Science Scholars (TGSS), an ETSI monastic scholar, and Dr. Tenzin Pasang, the Director of Drepung Loseling Science Center. They are all doing a two-month research internship program—a collaboration between Emory and Northwestern. The visiting scholars started their week-long visit by attending a reunion event organized for the returning Tenzin Gyatso Science Scholars. They also participated in a panel on the convergence of science and spirituality, appeared as guest speakers in a class on secular ethics, and attended Juliet E. Shield Compassion Symposium. It was a proud moment for the ETSI faculty leaders, the faculty members, and the ETSI staff.

The group of visitors includes Ven. Lobsang Pelmo, a nun from Jangchup Choeling Nunnery, who studied at Emory as the fourth cohort of TGSS. Ven. Pelmo shared how studying science at Emory has changed her mindset vis-à-vis the importance of understanding scientific concepts. She continues to work diligently to inspire younger nuns to learn science and discover scientific principles that support core Buddhist practices. The ETSI started its six-year summer intensive program for nuns in 2017 and has thus far completed the fourth year of the program.

Geshe Thabkhe and Geshe Sangpo, both part of the first cohort of TGSSs, were delighted to be back on campus after almost ten years. They expressed profound gratitude to the university, their professors, the student mentors, the ETSI staff, and their leadership for what they called a lifetime opportunity.