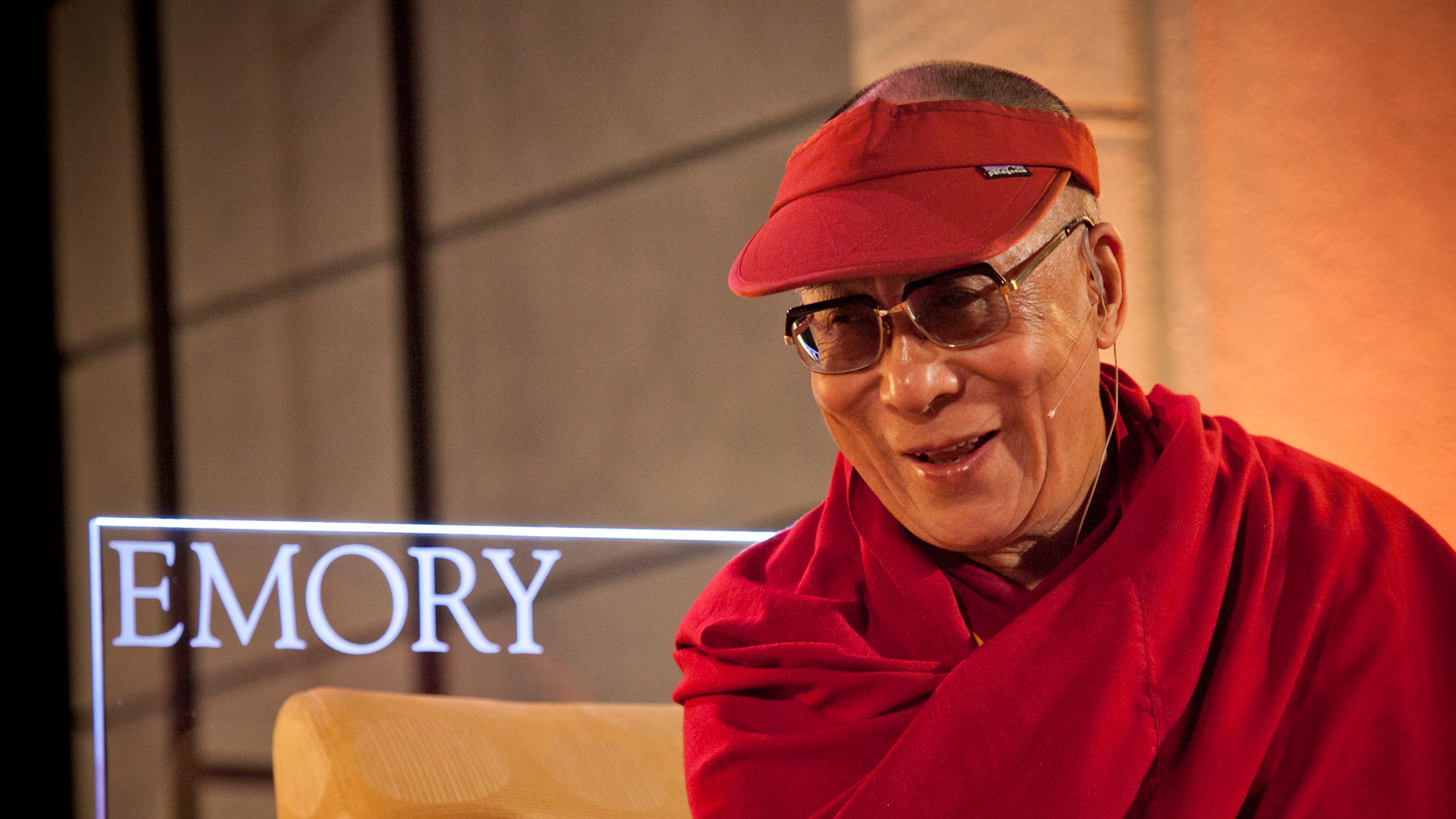 AT THE HEART OF THE EMORY-TIBET SCIENCE INITIATIVE

HIS HOLINESS THE DALAI LAMA

At the heart of ETSI's work is a special relationship between Emory University and the Nobel Peace Laureate, His Holiness the 14th Dalai Lama.

His Holiness first visited Emory in 1987 at the invitation of the late John Fenton, professor of religion. He returned to campus in 1995, receiving Emory’s first President’s Medal. He then accepted an invitation to deliver the 153rd Commencement Address in 1998, the visit during which he received an honorary Doctorate of Divinity degree, and also inaugurated the Emory-Tibet Partnership.

In January of 2007, Dr. Holli Semetko (former Vice-Provost for International Affairs) and Geshe Lobsang Tenzin Negi (Director of the Emory-Tibet Science Initiative) traveled to India on behalf of Emory President James Wagner. Tendering an invitation to His Holiness the Dalai Lama to join Emory’s faculty as Presidential Distinguished Professor, they were delighted to witness the first—and only—time His Holiness has accepted an appointment with a western university.

Your Holiness' acceptance of the Presidential Distinguished Professorship will be a constant source of inspiration and encouragement to our faculty, staff and students as we strive to realize this vision of educating both heart and mind for the greater good of humanity. - James Wagner, President Emeritus, Emory University

This historic event was made possible through the close ties to His Holiness established by the Emory-Tibet Science Initiative, and a kindred view of the value of an education that develops both character and intellect.

Since his investiture as Presidential Distinguished Professor in October 2007, His Holiness has returned to Emory for two more extended visits in 2010 and 2013, and he regularly meets with Emory students and faculty participating in the Emory Tibetan Studies Semester Abroad program, the Emory Tibetan Mind-Body Science Summer Abroad program, and the Emory-Tibet Science Initiative.